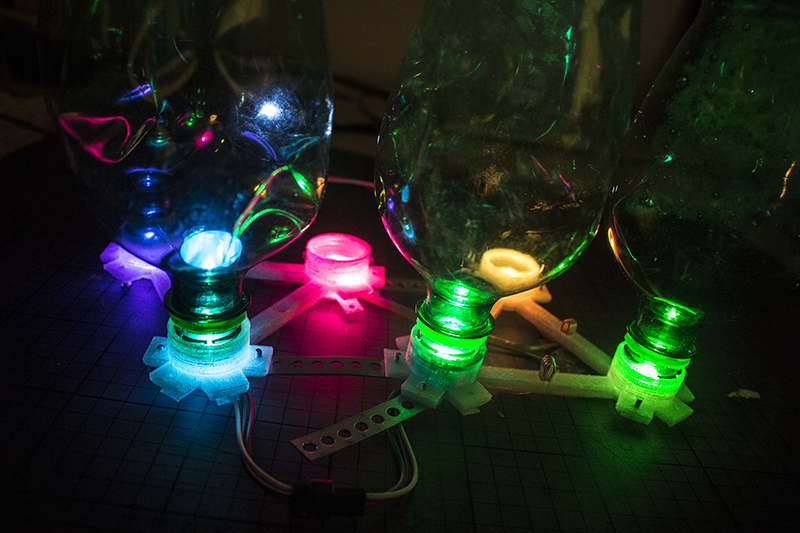 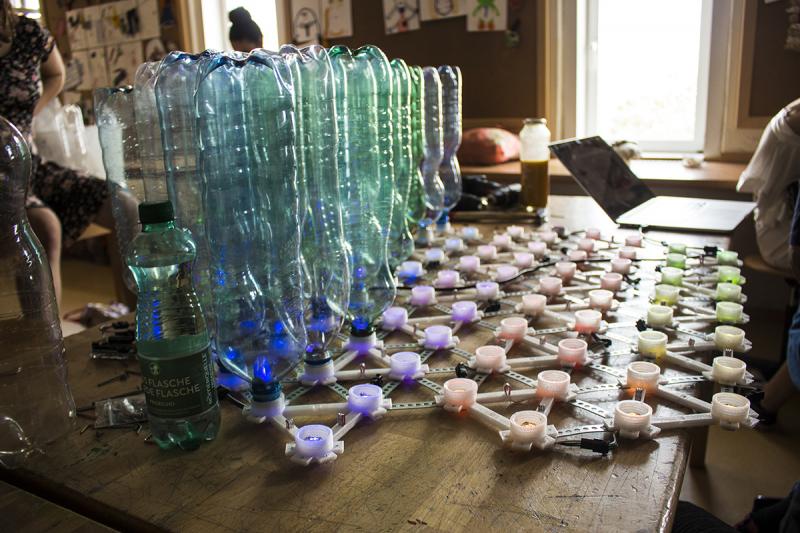 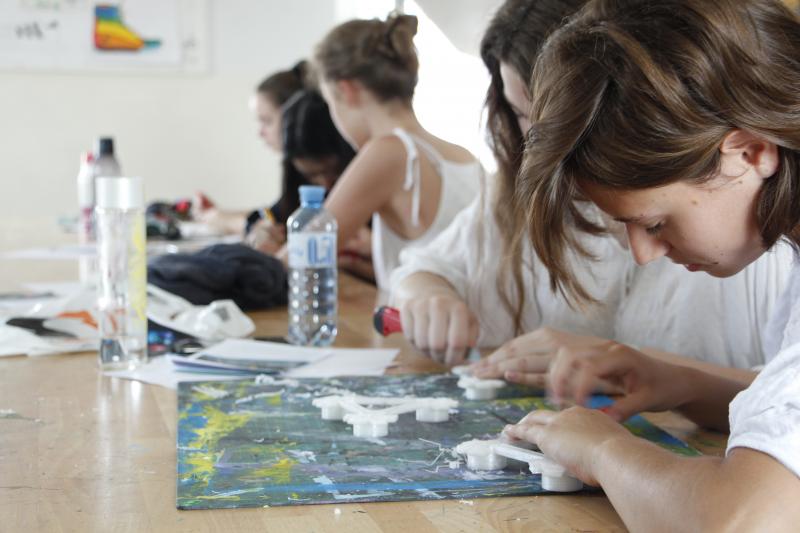 Quarks are the basic building blocks of our matter. Maybe they are not the most basic, but they are more basic than any other particle we know or have found so far.

Atoms consist of protons and neutrons, among other things. These are not elementary particles, they are made up of quarks: one up and two down quarks form the neutron, two up and one down quarks form the proton. Quarks carry a so-called "color charge" that can take on the values ​​red, green and blue. Connections from individual quarks are only stable if the superposition of their individual color values ​​results in "white". The elementary particles are divided into 3 families. All that sets them apart is their mass. But this one difference is huge. One of these families are the quarks.

The physicist Murray Gell-Mann (* 1929) borrowed the term "Quarks" from the novel Finnegans Wake by the poet James Joyce, which, based on the sounds of a crow, refers to other words in the verse of the thirteen-line poem: 'Three quarks for Muster Mark! [...] 'rhymed.

In the four-day workshop "Three Quarks for Muster Mark", a light installation made of recycled PET bottles was built with pupils from class 6b of the Maria Regina Gymnasium. The students each made a basic module consisting of 3 PET bottles, which could represent three quarks, one neutron or one proton. In total, the light installation consists of 30 neutrons / protons or 90 quarks / PET bottles on which an interplay of color, movement and luminosity takes place. The connecting pieces and suspension of the PET bottles were produced using a 3D printer. The light installation is controlled by an Arduino, a microcontroller environment consisting of hardware and software. Both are open source. The Arduino is programmed in C, in a simple and uncomplicated development environment. The installation "Three Quarks for Muster Mark" was successfully presented at the school festival and will have a permanent place in the entrance area of ​​the Maria Regina grammar school.

The following topics were addressed during the workshop:

A project funded by CULTURE CONNECTED